Special Master Raymond Dearie has tapped a retired magistrate judge who served as an impartial adviser to the Foreign Intelligence Surveillance Court to assist in his independent review of the thousands of records seized by the FBI from former President Donald Trump’s Mar-a-Lago estate.

In a filing Thursday, Dearie said he has ‘determined that the efficient administration of the Special Master’s duties requires the assistance of the Honorable James Orenstein (Ret.), a former United States Magistrate Judge for the Eastern District of New York, who has experience with complex case management, privilege review, warrant procedures, and other matters that may arise in the course of the Special Master’s duties.’

Dearie said that Orenstein has served as ‘an appointed amicus curiae in the Foreign Intelligence Surveillance Court’ and ‘currently holds Top Secret clearance.’

Dearie, who also served on the FISC, signed off on a FISA warrant to surveil Trump campaign aide Carter Page — before the FBI misconduct surrounding that application was discovered.

Dearie, in the filing Thursday, said he will utilize the Eastern District of New York court staff in carrying out his duties as special master.

Dearie, in the filing, noted that he will ‘seek no additional compensation for performing the duties of Special Master in this action,’ but proposed that Orenstein ‘be compensated at the hourly rate of $500.’

The special master, with the assistance of Orenstein, is tasked with reviewing approximately 11,000 records seized by the FBI during its unprecedented raid of Trump’s private residence. The special master and his team will review those records for executive privilege, attorney-client privilege, and for personal records.

The Justice Department’s motion was accepted by the 11th Circuit Court this week, which allows the government to continue its review of the approximately 100 classified documents seized during the raid on Aug. 8. 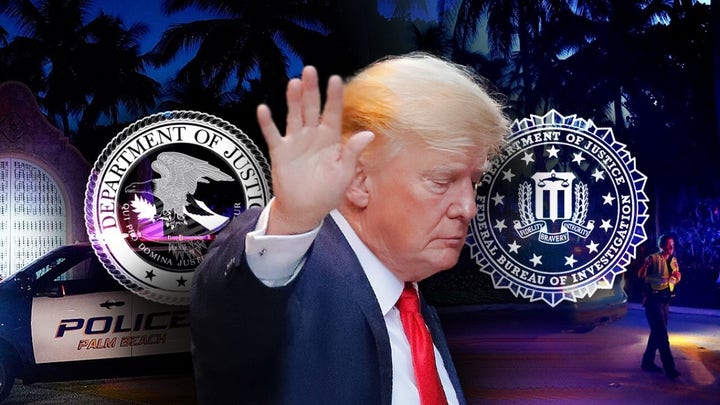 Dearie, on Thursday, also ordered that the Justice Department submit a declaration or an affidavit as to whether the property inventory receipt represents the ‘full and accurate extent of the property seized’ from Mar-a-Lago, ‘excluding documents bearing classification markings’ no later than Monday.

No later than Sept. 30, Dearie asked the Trump team to provide a declaration of affidavit that includes a list of any specific items in the property inventory that they assert were not seized from the premises; a list of items that were seized but to which the description of the contents or the location of the item was incorrect; and a list and description of any item that Trump’s legal team asserts was seized but is not listed in the property receipt.

‘This submission shall be plaintiff’s final opportunity to raise any factual dispute as to the completeness and accuracy of the Detailed property inventory,’ Dearie wrote in the filing.

Dearie said that on Friday, Trump’s legal team and the government need to agree upon and contract with a ‘document review vendor’ that will ‘host the seized materials in electronic form.’

No later than Monday, Dearie said the government must make available all seized materials in an electronic format, along with a spreadsheet for each document which specifies whether the DOJ’s Privilege Review Team has designated the document as potentially privileged, and whether the document could be covered by attorney-client or executive privilege.

Dearie then ordered that Trump’s legal team provide him and the government an annotated copy of that spreadsheet asserting attorney-client communication privilege; attorney work product privileges that prohibit review of the document within the executive branch; executive privilege that prohibits dissemination of the document to persons or entities outside the executive branch; and whether a document is a presidential record or a personal record.

Dearie said those designations should be completed on a document-by-document basis, and ordered that the Trump team include a brief statement explaining the basis for their designation.

Dearie said Trump’s legal team needs to provide its final and complete log of designations on or before Oct. 14.

U.S. District Judge Aileen Cannon, who appointed Dearie as special master, said he had until Nov. 30 to review the records.

Dearie has scheduled a status conference for Oct. 6.

Brooke Singman is a Fox News Digital politics reporter. You can reach her at Brooke.Singman@Fox.com or @BrookeSingman on Twitter.