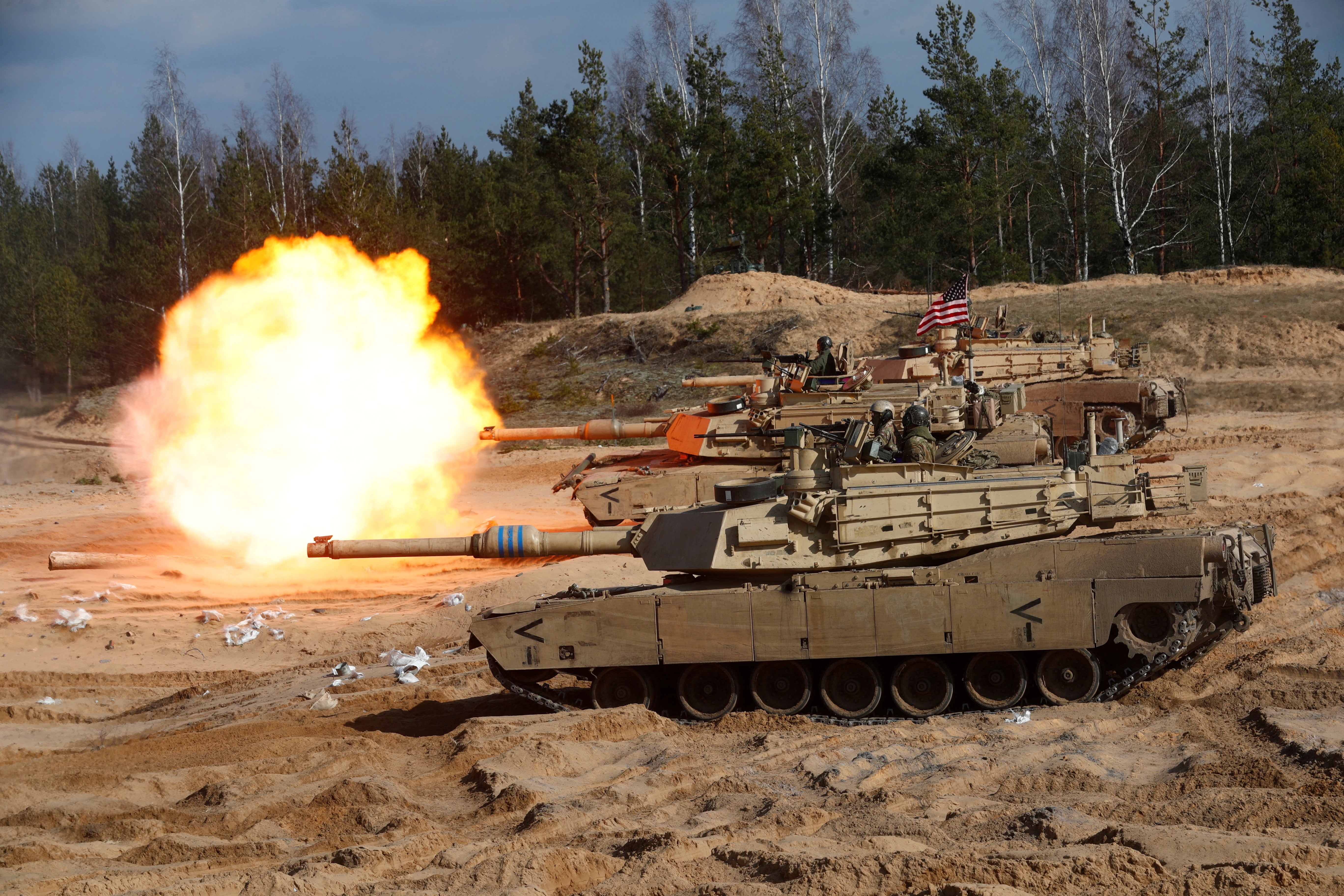 Lawmakers upped the pressure on the Biden administration to send M1 Abrams tanks to Ukraine on Sunday as Russian officials warned of a ‘global catastrophe’ if more powerful weapons are supplied to Kyiv.

‘The debacle regarding sending tanks to Ukraine must end. It is impossible for Ukraine to expel Russia without tanks. I am hoping Germany and the United States will both send tanks ASAP – opening up other countries’ desire to help Ukraine,’ Graham said in a statement on Sunday. ‘The tanks are outcome determinative in expelling Russia from Ukraine.’

Rep. Michael McCaul, the Republican chairman of the House Foreign Affairs Committee, echoed Graham’s sentiment, telling ABC News that ‘Germany’s waiting on us to take the lead’ and sending ‘just one’ Abrams tank to Ukraine could unleash the flow of them from Germany and other European countries.

‘Supplies of offensive weapons to the Kyiv regime would lead to a global catastrophe,’ Volodin said. ‘If Washington and NATO supply weapons that would be used for striking peaceful cities and making attempts to seize our territory as they threaten to do, it would trigger a retaliation with more powerful weapons.’

The UK announced last week that they would send 14 Challenger 2 tanks to Ukraine, but the U.S. and other allies have been hesitant to released their own battle tanks in the war.

French President Emmanuel Macron said Sunday that he asked his defense minister to ‘work on’ the idea of sending Leclerc battle tanks to Ukraine, while Polish Prime Minister Mateusz Morawiecki said that his country was waiting for the green light from Germany to transfer Leopard tanks to Ukraine.

‘Evidence of the Russian army’s war crimes can be seen on television and on YouTube,’ Morawiecki said in an interview with the Polish state news agency PAP on Sunday. ‘What more does Germany need to open its eyes and start to act in line with the potential of the German state?’

German Foreign Minister Annalena Baerbock told French TV channel LCI on Sunday that they would not object to Poland sending Leopard tanks to Ukraine if they were formally asked.

The U.S. announced an additional $2.5 billion in military aid for Ukraine on Thursday, including 90 Stryker combat vehicles and 59 Bradley fighting vehicles, but no tanks.

Paul Best is a breaking news reporter for Fox News Digital and Fox Business. Story tips and ideas can be sent to Paul.Best@fox.com and on Twitter: @KincaidBest.